Folks, I need your help.

For nearly 2 and a half years, I’ve been blogging here. I’ve posted stories about corruption and incompetence in government and public bodies. When expenses have cropped up – travel, lunches with sources, equipment costs – I’ve covered them myself.

Today, I’m launching a crowdfunding campaign to raise funds so I can continue my reporting. Specifically, the money will help me finish my latest investigative project, a book about the last weeks of Robert Bradford, a Northern Irish politician murdered in November 1981. END_OF_DOCUMENT_TOKEN_TO_BE_REPLACED

Want a career in investigative journalism? Become an entrepreneur 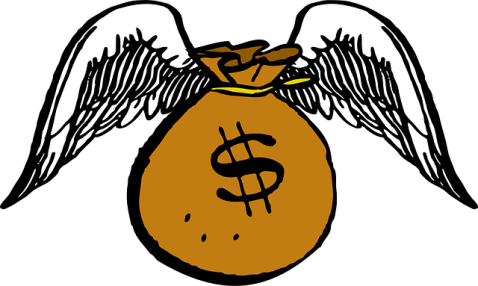 Recently, a young journalist asked me how he could become an investigative reporter.

The news industry has changed so much in the last 10 years that there is no longer a single answer to that question. If you asked me “How do I become a lawyer?”, I’d tell you to go to law school. With muckraking, it’s not as simple as that. To answer that question, we need to consider the industry and what it looks like right now.

The background: The media industry has a meltdown

When I left school in 2006, there was a standard career path into journalism: get work experience, pass your degree, sit your NCTJ exams and get on a training scheme. By the time I got to university in 2008, that was no longer an option.

If the digital disruption of news showed us one thing, it was that investigative journalism never had a business model [exceptions such as Private Eye and I.F. Stone’s Weekly aside]. It always came as part of a package, bundled with other news. Its survival was dependent on the prosperity of traditional media. In many ways, 2007-8 was our dotcom crash.

Five years on, nothing’s changed. We’ve just shifted the dependency from corporate owners to philanthropic funders. I’ve said this before but for me, that’s dangerous.

Last October, I had the pleasure of sitting in on a meeting between US investigative non-profits and a funder. The funder said something both interesting and scary [I’m paraphrasing from memory but this is the gist of it]:

“When are these non-profits going to be sustainable? Cos my guys are looking to pull out of funding them within the next five years.”

The journalist as entrepreneur

Opportunities within traditional media to do investigative reporting have also shrank.

So when young people ask me, “How do I become an investigative journalist?”, my reply is: “Become an entrepreneur.”

Let me clarify what I mean by that. The stereotypical image of entrepreneurship – ruthlessly capitalist, for want of better words – is completely incompatible with the spirit of public service that embodies investigative journalism. Yet that’s not what being an entrepreneur is about.

With most investigative sites choosing to chase philanthropic funding over finding a business model, it feels like we haven’t had a proper discussion about investigative journalism’s future and entrepreneurship’s role in it. END_OF_DOCUMENT_TOKEN_TO_BE_REPLACED

A tip on requesting access to closed historical records

As you know, I’m working on an investigation into a 30 year old mystery. It’s known to Muckraker readers as Thomas’s story.

A couple of months ago, I discovered a government file in Northern Ireland’s public records office, PRONI. It contained some information on Thomas. The file had been released under the 30 year rule. Part of it was withheld from publication.

When files are considered for release under the rule, they are reviewed for “sensitive” material. Consequently, some files are released while others remain closed.

I filed an FOI request, requesting access to the closed part of the file (standard procedure). I wasn’t expecting a ‘yes’. I expected them to reject the request, meaning I’d have to appeal the decision through the Information Commissioner’s Office.

I finally got a reply last week, thanks to a helpful PRONI employee who chased my request up: END_OF_DOCUMENT_TOKEN_TO_BE_REPLACED

Thousands of puppies are being imported illegally into Britain every year from Eastern Europe, Channel 4’s Dispatches programme revealed on Monday. END_OF_DOCUMENT_TOKEN_TO_BE_REPLACED

I’ve just had a fascinating exchange with Rachel Sklar on Twitter. She’s probably one of the smartest people out there on the subject of women’s rights and #changingtheratio. In short, she thinks there’s more female investigative reporters out there than I initially assumed.

So using the hashtag #ladymuck, I’m asking people to name any female investigative reporters they know (with their Twitter IDs if they have an account). I’ll update the list here. They don’t have to be involved directly in reporting:  for example, they could be an executive in a non-profit investigative newsroom.

So far, we have: END_OF_DOCUMENT_TOKEN_TO_BE_REPLACED

The lack of women in investigative journalism

Sheila Coronel recently wrote a post about the lack of female investigative reporters. She’s the Director of the Stabile Center for Investigative Journalism at Columbia University in New York. If you’re not reading her blog and Twitter regularly, you should.

It brought me back a few years, to an investigation I worked on when I was just starting out as an investigative reporter. I was working with a charity run by feminists. Their funding had been removed by government (rather unfairly). I was an 18 year old student reporter looking for a scoop. I called them one day to ask for an interview and ended up spending six months on the story (more on that soon).

One day, we were in their office when the subject of my career post-university came up. “I don’t think you could be an investigative reporter,” one of them said, “You’re so nice and so small.” [I’m slim and just over five foot].

END_OF_DOCUMENT_TOKEN_TO_BE_REPLACED

Innocent children may have been protected from sexual assaults if the police had stopped an alleged 1980s establishment paedophile ring, the Independent revealed on Monday.

Hickman, speaking exclusively to the Muckraker, said: “The Elm Guest House story is clearly hugely important. It’s just mystifying why so few other journalists and mainstream media organisations aren’t pursuing it. They will find out that it’s a very important and worthwhile story.” END_OF_DOCUMENT_TOKEN_TO_BE_REPLACED

Requiem for a journalist

“So it is really important for us AS A COMMUNITY OF INVESTIGATIVE REPORTERS to react strongly to the news this week of an assasination of a young online editor in Mexico [Jaime Guadalupe González Domínguez] – who lived minutes from America – and of yet another armed attack on El Siglo de Torreon, one of the most important and few remaining strong voices for press freedom in Northeast Mexico, which has been devasted by violence.”

Future of news site Nieman Lab recently published an interview with News Corp’s Raju Narisetti. It’s a good read. I was particularly interested in what Narisetti had to say about tailoring investigative stories for mobile and other devices. I get so lost in digging that I often forget about the storytelling/presentation aspect. To make investigative journalism sustainable in the digital age, we need to tell great stories.

“Narisetti: Obviously, there’s a clear reason to think differently about tablets vs. smartphones, both in terms of the device size itself, but also the functionality and the form factor and what it can deliver. The tablet allows you to mimic a lot more of the serendipitous experience: the flipping of the pages, the art, the full tablet page takeovers. So I think there’s a lot more freedom and flexibility there. The challenge is to create enough templates that can seamlessly take your content and make it much more interesting in a vertical or horizontal manner.

The real challenge, and the struggle, is in smartphones. That is obviously the largest pool of mobile consumption. I’ll give you an example from The Washington Post, where we did an amazing project post-9/11 on corruption in government contracts in Alaska. It led to a significant change in policies that the government uses for contracts. It caught a lot of buzz and had a strong readership in print. The reason for that was the story was very, very carefully planned for print and for the desktop. The designers took care before the jump of the story in print that there’s a nut graf that tells you what the story was — the kinds of things you do when you think about the spatial-ness of your story.

But what we totally forgot was that the audience that is consuming this story on a mobile device — I think by my count, it took about 46 screens of your BlackBerry to finish the story.

Narisetti: Right. So nobody’s going to do that. Fair enough. END_OF_DOCUMENT_TOKEN_TO_BE_REPLACED

Picking the right stories to investigate 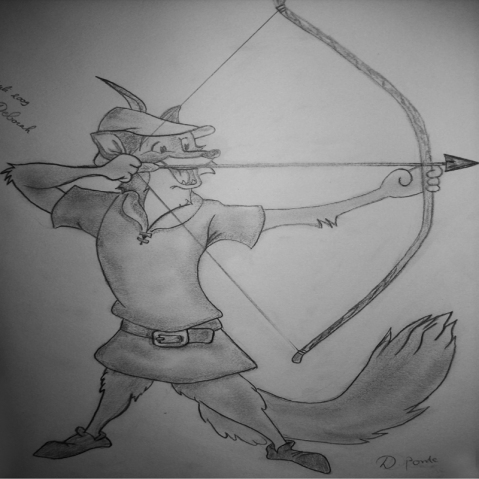 Robin Hood (from the Disney version of the story). Credit: Dorian http://doriansly.deviantart.com/

I recently came across an old post I wrote about stories I was working on. It was an interesting read because, in the 12 months since, three haven’t materialised (the fourth story is being published soon).

Why did they disappear off my radar? I know it wasn’t because I followed them up and they all led to dead ends. I plan to return to at least one in the future. Still, I questioned myself about why I didn’t put more effort into pursuing them.

Figuring out what motivates you to be your best

In the early days of The Muckraker, I didn’t know what motivated me as a reporter. I just knew that, since the start of my career, certain stories turned me into a workaholic monster. I’d become so obsessed that I’d work all night, eat little and generally never switch off. I’d start working at 10pm; the next time I glanced at the clock, it would be 4am.

These stories had two common themes: 1) Injustice and 2) A need for someone to right the wrong.

Why do these stories motivate me? I ended up having this conversation with Farset Labs co-founder (and my friend) Bolster. He summed it up best:

“Growing up, you felt like you got screwed over, that there was a lot of injustice. So now, whenever you see injustice, you try and fix it. You’re kinda like Robin Hood without the tights, except you can’t fire a bow and arrow for shit.”

END_OF_DOCUMENT_TOKEN_TO_BE_REPLACED

Folks, I need your help. For nearly 2 and a half years, I’ve been blogging here. I’ve posted stories about corruption and incompetence in government and public bodies. When expenses have cropped up – travel, lunches with sources, equipment costs – I’ve covered them myself. Today, I’m launching a crowdfunding campaign to raise funds so […]